It is the fourth weekend of Club Championships since the GAA return from the COVID 19 pandemic. Things are beginning to heat up across the respective competitions. Multiple games carry huge significances in Football and Hurling. Here are some of the most eye-catching matches down for decision.

The first of this year’s County Championships to reach the business end. St. Anne’s are aiming to go one step further than last year and land Wexford Hurling top prize. Outlast-The Ballagh are looking to reclaim former glory. Kingpins of the previous decade with six counties titles but they been on a drouth since 2016.

St. Anne’s topped Group Three but it was far from having it their way. Last year’s Runners-up started with two points win over Rathnure, 1-25 to 3-17. The margin was even closer vs Glynn-Barntown. Jonathan Fogarty popped with a point in stoppage time to secure a 2-17 to 1-19 victory. The club located south of the county will feel they’re in a stronger position than last year. Only one win was registered in the Group stages. A Quarter-Final spot was only gained on scoring difference ahead of Fethard St. Mogue’s.

Confidence will be high in the Oulart-The Ballagh camp. In a winner takes all contest vs Cloughbawn last weekend, they never looked in danger. Ex underage player Peter Sutton found the net twice and Murtagh Doyle added a third in a 3-14 to 1-13 win. The East Wexford men carry a serious goal threat. Despite going down by nine points vs St. Martin’s, they still raised three green flags. The message from manager Liam Dunne will be to get the solitaire in quickly to the forwards. They know how to keep the umpires busy.

Aside from the adventure to the County Final ten months ago, St. Anne’s have a wealth of Inter-County experience in their team. Diarmuid O’Keeffe and Liam Og McGovern are regulars for Davy Fitzgerald charges. Aidan Rochford featured in the League back in the spring. Shaun Murphy is the sole Outlart representative on the Wexford Senior panel. However, Billy Dunne, Tomás Storey and Martin Óg Storey have delivered this summer. It’s set up for a Sunday evening cracker.

The repeat of the 2018 County Final. It was Clonoulty/Rossmore celebrating on a scoreline of 0-23 to 2-13 that day. No meeting between these sides in the 2019 Championship, so this is Nenagh Éire Óg’s first real opportunity for revenge.

The moral is high all round after both sides made a winning start two weeks ago. Clonoulty/Rossmore overcame Éire Óg Annacarty/Donohill by eight points. This was a game they were always in control, leading by four points at the interval. They continued their dominance in the second half to wrap up a 2-18 to 0-16 victory. Nenagh Éire Óg also faced very few difficulties in their opening game. Holycross-Ballycahill were no challenge, in a game that was over as a contest early before the second water break. It was double scores by the final whistle, 1-19 to 0-11.

2019 saw both teams take a step backwards. Kilruane McDonaghs brought the curtain down on Clonoutly/Rossmore reign as champions in the Quarter-Finals. One round further saw Nenagh Eire Og journey halted by Kildangan. The form book suggests Nenagh are showing more constituency and there is plenty of talent in the North Tipp outfit. Centre-back Barry Heffernan started on the Tipperary winning All-Ireland team last year. Jake Morris is one of the biggest prospects within the county. He carries a threat close to goal and Paddy Murphy always chips in with scores from wing forward.

There aren’t any names that stand out on the Clonoutly/Rossmore team sheet. Dillion Quirke was part of the Tipperary U-21 team in 2018 that tasted All-Ireland glory. Timmy Hammersley is a reliable free-taker. However, the West Tipp side knows how to deliver big results and see out tight games. Even year, they dug deep in extra-time to grind to triumph vs Loughmore Castleiney in the Preliminary Quarter-Final. To participate in the latter stages of the Championship, both sides know a win Sunday is vital.

Alongside Ballintubber (four Finals), these two sides have appeared in the most County Finals since 2013. Castlebar Mitchel’s have played in five and Breaffy has featured in three. The strike rates make for a different reading. On three occasions Castlebar has lifted the Paddy Moclair Cup. It has been of a hat-trick of runners up medals for Breaffy. Defeats were inflicted by Castlebar twice (2013 & 2015). Throw in these are neighbouring clubs in West Mayo and all the ingredients are ready for a spicy game on Sunday afternoon.

Breaffy enters the game under more pressure. An opening game disappointment vs Westport leaves them knowing two points are essential. Trailing 1-6 to 0-8 at half-time, Breaffy collapsed in the third quarter of the game, conceding 1-5. A strong final fifteen minutes still saw them fall short and they suffered a 2-11 to 0-16 lose. Castlebar will be looking to build on last weekend win over Charlestown. They had four points to spare, 1-13 to 1-9. The Durkin brothers, James and Paddy, combined for five points. Ethan Gibbons stroke early for their goal. Another win here and Mitchel’s are in the Quarter-Finals with a game to spare.

Inter-County players going head-head adds glamour to a fixture and this game is stacked with such supply. Donal Vaughan joins brothers James and Paddy Durcan for Castlebar. Breaffy has the trio of Aidan, Conor and Seamus O’Shea. Rob Hennelly, Michael Hall and Matthew Ruane make up Breaffys list of Mayo players. If that wasn’t enough, family members will be rivals. Siblings Eoghan O’Reilly (Castlebar) and Tommy O’Reilly (Breaffy) will be divided for sixty-plus minutes. Drama is written all over this game.

The second weekend of the Donegal Football Championship sees two of the biggest winners from the first round square off. St. Eunan’s were too powerful for Bundoran and they did the hard work in the first half. Nine points up after the opening thirty minutes, the second half was a forgone conclusion, winning 0-15 to 1-5. 2017 Champions Kilcar had the widest margin of victory. Termon offered little resistance as the South Donegal side fired home goals in a twenty-six-point victory. Conor Doherty, Stephen McBrearty (both 1-3) and Paddy McBrearty (0-6) shared the top scorer charts.

After years of regression, St. Eunan’s will feel they are heading in the right direction once again. A first Semi-Final appearance in four years turned into a case of what could have been. Only a kick of the ball was between the Letterkenny club and a place in the Final. Naomh Conaill prevailed by the narrowest of margins and they went all the way to an Ulster Final. Shaun Patton, Caolan Ward, Eamon Doherty and Niall O’Donnell are all household names in Donegal Football. St. Eunan’s are searching for a first title in six years and they won’t be far away this year.

Like their oppositions on Saturday, Kilcar also exited at the Semi-Final stage last year. Goals win games proved correct once again. Gweedore scored three, Kilcar scored none and the West Donegal side won by five points. Kilcar doesn’t need telling they haven’t kicked on since 2017. A star-studded team will have expected to land more Counties honours. It doesn’t work out that way and recent history suggests Donegal is a very open Championship. Not since St. Eunan’s in 2009 has any team won consecutive Championships. Five different clubs have triumphed in that eleven years gap. Statistics like that underlines how tough is it to get your hands on the Dr Maguire Cup.

I previously referred to the main player’s St. Eunan’s have at their disposal. Kilcar can boost some of the best players in the game. Ryan McHugh and Paddy McBrearty are two players any club team would desire to have. Eoin McHugh and Stephen McBrearty would make most club teams too. This is perfectly poised to be an absorbing game. Don’t be surprised if these teams meet later down the road.

A Brief History Of The Republic of Ireland Jersey

The League of Ireland For Dummies 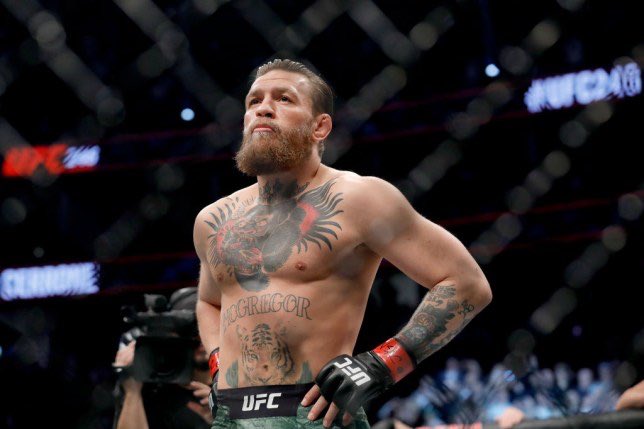 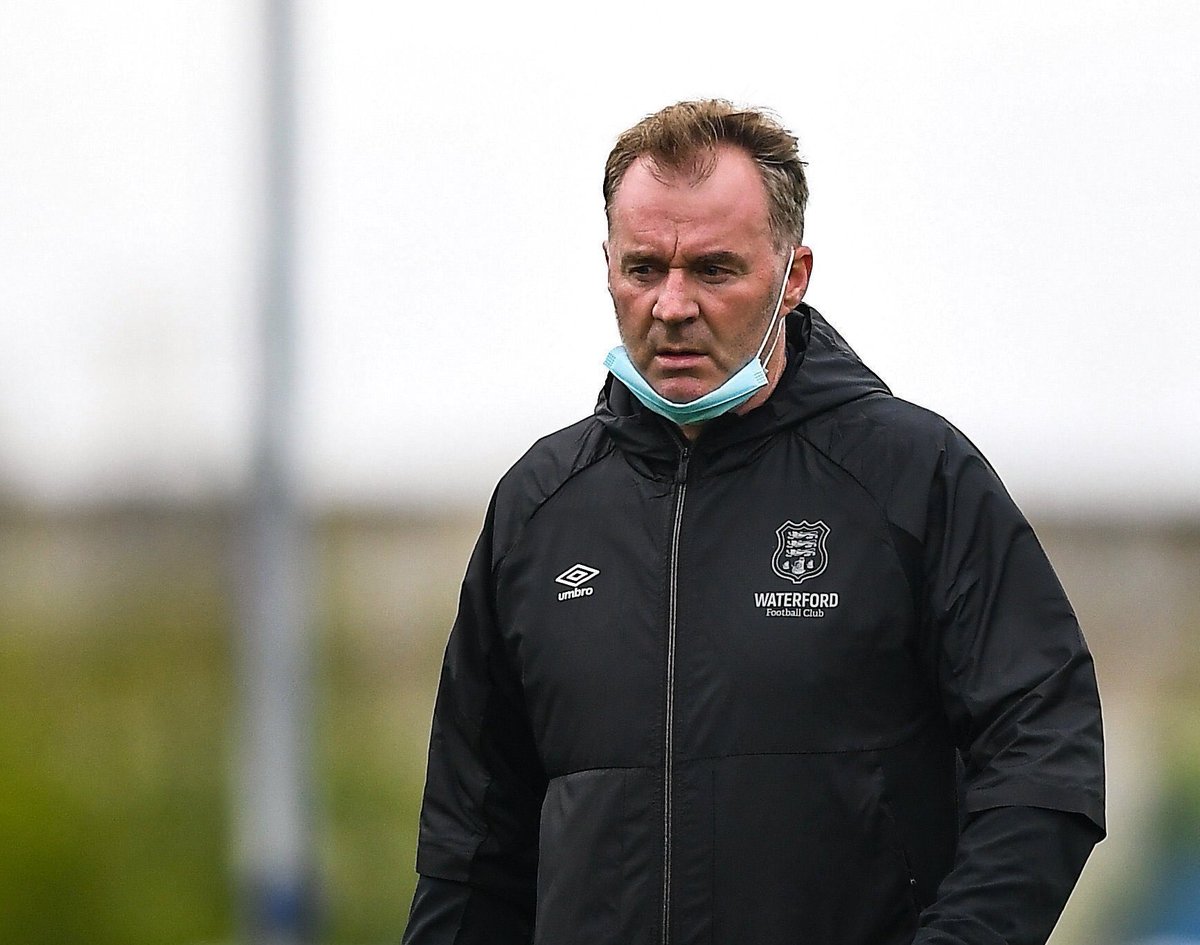 Anything worth having is worth waiting for⏳ https://t.co/xCD5RiSncv
View on Twitter 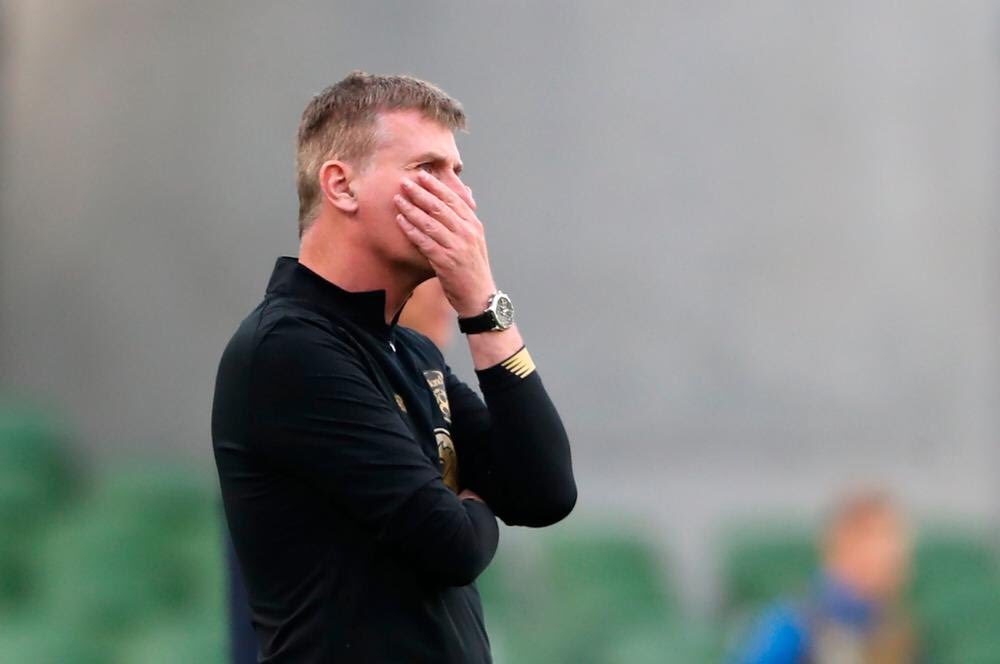